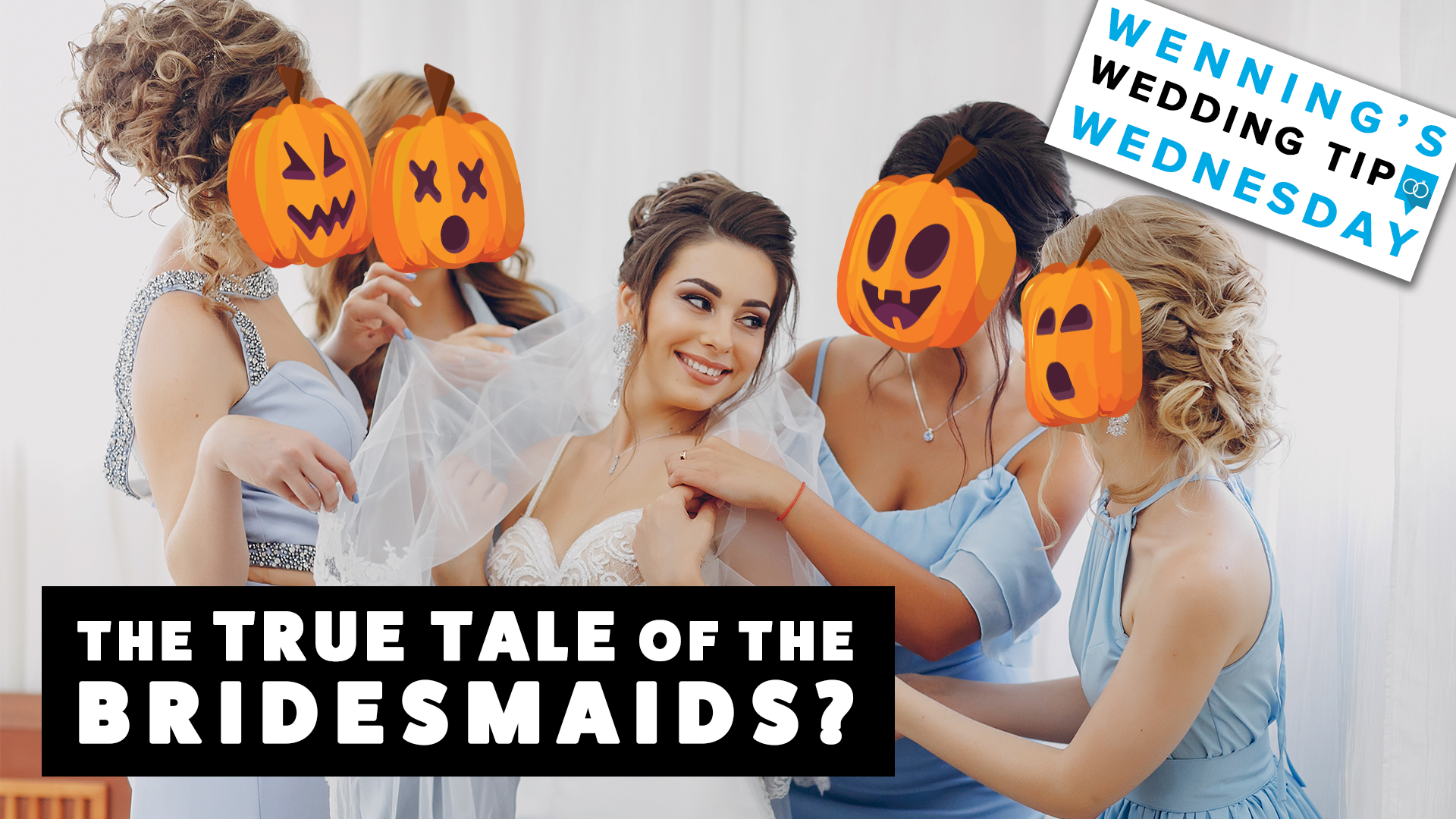 Since it is finally October and getting close to Halloween we will be having fun with everything that is spooky and scary.  Have you ever wondered where the main wedding traditions originated from?  This month we will be talking about several different traditions and how there was a sinister start to them. Have you ever wondered why Bridesmaids all wear the same dress?

The bridesmaid tradition was created during the ancient Roman time period.  They believed that on any wedding day, evil spirits would gather together for the wedding.  The evil spirits would make an attendance to ruin the happy atmosphere that was taking place in the church.

One of the most important roles of a bridesmaid was to get rid of the evil spirits or at least confuse them. Sounds like a crazy task don’t you think? During the ancient Roman times all the bridesmaids and bride would wear the exact same dress.  The patterns, silhouette and accessories were all exact. This was so the ghosts wouldn’t be able to determine who was who. A floor length tunic with no trim, tied up at the bodice and waist with a single length of cord was usually the design.

Unable to tell which woman was getting married, the spirits would therefore leave because of the unsuccessful attempt.  Not only did they believe that the evil spirits would not longer hurt the bride, it would leave all the other women in attendance alone for the ceremony.  The tradition became so popular that it would later expand into some areas of Italy.

Check us out on Facebook, to learn more: https://www.facebook.com/wenningent/

Find The Perfect Photographer for Your Wedding!

Behind the Scenes with Professional Wedding Videography

Vendor Etiquette: Do Not Panic!

The Spooky Truth of the Honeymoon
Scroll to top